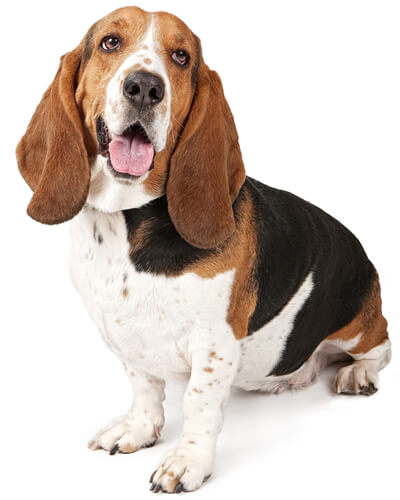 When I was a child, I had very little control over my own life.  I spent the first 10 years of my life traveling back and forth between Philadelphia and Tel Aviv as my parents struggled with the question of where to settle permanently.  Though they loved me and treated me well, they never consulted me before our moves.  I was repeatedly torn from familiar surroundings and friends and thrust into new situations where I had to start from scratch yet again.

Since I never stayed anywhere long enough to make many friends, I got to know the cities where I lived better than most children.  It’s hard to imagine two places more different than Philadelphia and Tel Aviv, though each had its own charms and beauty.  Philadelphia had four seasons: a hot, muggy summer whose nights were filled with the dance of fireflies and the song of crickets, and then a yellow, green, orange, and red fall that smelled like fallen leaves.  Eventually, the nights would get colder until it was winter, with bare trees, a cold bite in the air, and the crunch of snow and ice beneath my feet.  Then in the spring, the brown and grey landscape  miraculously transformed into a riot of purple, red, pink, orange, yellow, and green as trees grew new leaves, and butterflies fluttered through the blossoms.

Israel’s Mediterranean climate was quite different.  Snow was more or less unheard of, and rain mostly fell in the winter.  I took a city bus to school, and walked to the beach in the afternoons and on weekends.  I loved battling with the sea’s powerful waves; to this day, I don’t enjoy swimming in the ocean as much if it’s not trying to drag me under.  I also miss Tel Aviv beach sand, which is white and incredibly soft—though it was occasionally marred by lumps of tar that floated in from oil tankers in the Mediterranean sea.

My memories of Israel are defined by the smells of ocean, sand, and beigalach (a kind of bagel) for sale in little stands along Nordau Boulevard.  And if I concentrate, I can almost hear the ice cream vendors promoting their wares—“Arctic! Kartiv!” —as they carried their coolers on their shoulders and tramped along the beach.  Junk dealers would drive by my grandparent’s home in their horse-drawn carts, calling out “alte zachen” (old things) to try to drum up business.  Israel also had oddly oversized creatures – huge cockroaches, humongous rats the size of small cats, and cats the size of medium dogs.

No matter where I lived, I was obsessed with animals.  In Israel, I adopted three stray kittens.  In Philadelphia, I handled the training of our Rottweiler.  And like most young girls, I loved horses—a love that got more pronounced after my parents took me on a trail ride in Valley Green.  After years of pleading for my parents to let me go horseback riding again, I actually won a horse in an essay contest.

But despite the joys both Tel Aviv and Philadelphia offered, I never really fit in on either side of the Atlantic. I got teased for my accent whether I was speaking English or Hebrew. I also didn’t know the cultural norms well enough in either country, so I always stood out. To this day, there are times I feel awkward in social situations.  The scared little girl who didn’t know how to act is still very much alive and well inside me.

And in both countries I struggled to make friends, though I was always lucky enough to have one or two. In middle school I finally fell in with a nerdy group of boys, and in high school I made friends with a group of amazing, and also somewhat nerdy, young women.  I am still friends with most of them, even though we are scattered throughout the U.S. (and beyond), thanks to social media.

Without many friends, my constant companions became music, books, and animals. These became the interests that defined me.  And I also developed a great deal of empathy for those who are unable to choose their own path… like our pets.  I understood all too well what it was to feel like nobody understood, or even cared, what I thought or wanted.

As a young adult, I made the choice to live in yet another country, Japan.  Once again, I was plunged into a new world where I didn’t know the language or culture very well, but I was better prepared this time.  It was my choice to go, and that made a huge difference in how well I was able to handle the situation. The illogical address system (houses are numbered within each block by ORDER BUILT, not position, believe it or not) and different customs (you have to have your own handkerchief to wipe your hands after you wash them) were a challenge, rather than a chore.  And I even enjoyed struggling to communicate in a language whose grammar and sounds are completely unlike English.

I lived in Japan for about six and a half years, and I still miss it, just as I miss Philadelphia and Tel Aviv to this day, though I think I miss Kyoto most of all—the stunning, multi-colored fall foliage, the chanting of monks in the shrines, the sound of wooden okobo (a kind of wooden sandal) striking the pavement as Maiko (geisha-in-training) hurry by, the smell of the rain along Kamogawa River… but I digress.  The bottom line is this: These experiences brought great lessons.  Feeling that you belong matters.  Being heard and understood matters.  And most of all, choice matters.